After looking at David Allen's link on facebook to http://www.acurator.com/blog/ and the use of infra-red blends. But before I found the description on how it was done.

"Terri's final prints are really beautiful. She uses very particular processes, which she describes: "I use a specially converted infrared digital camera and the digital darkroom to create my split-toned imagery. There is a mysterious quality to the invisible, iridescent world of infrared light that illuminates another dimension. When shooting, processing, and printing an infrared image, one must be open to the journey that reveals the subtle colors within. I enjoy the unexpected elements that arise when working with light beyond what the eyes can see. I also pursue the unexpected through multimedia, and often paint with encaustic wax and oils on the surface of my prints. Instead of photographic realism, I think of the work as magical realism."

I tried to emulate some of the effects. Since I had not used infra-red of course I failed but the experiment makes me ask the question of does it enhance or destroy the picture? 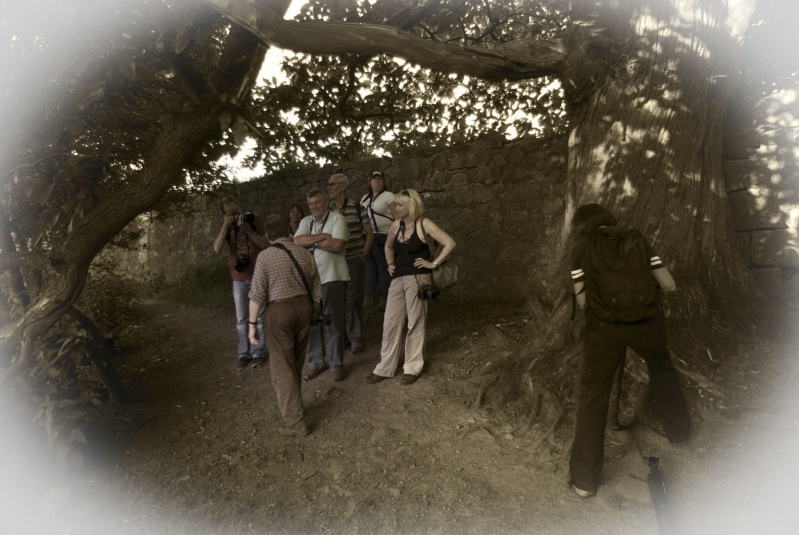 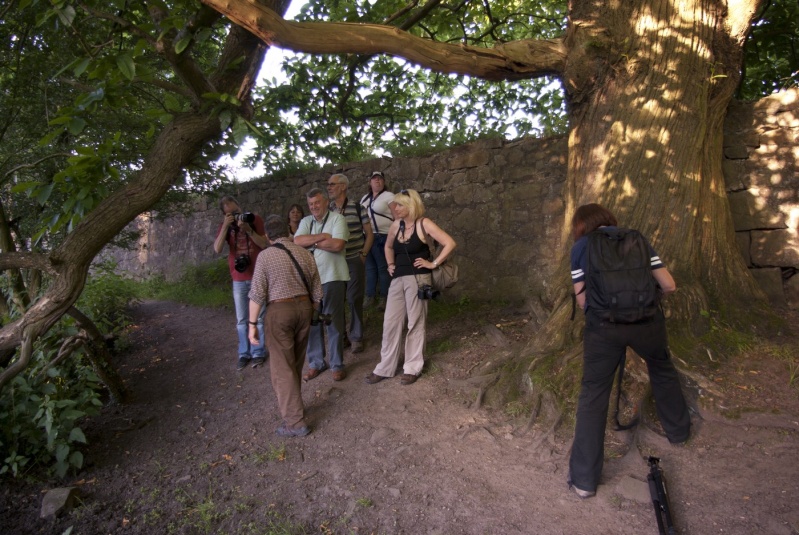 Since more seem to use facebook I would have preferred to have posted there but I seem to end up posting part only of what I want every time I hit return instead of space in writing it posts what I have written.

Remember that she was starting with an IR image from a modified camera. It looks as though her split toning was being done in PS the effects she creates are very beautiful.

I would agree very beautiful.
"Realism (arts), the general attempt to depict subjects truthfully," from Wikipedia.
Taking in infra red can hardly be described as Realism!

What is truth? What is real?

The photo that I posted on Facebook of the brightly lit seed heads against a darkened stream was photographed to create that effect. I chose an exposure that gave the feel of areas of deep shadow. It was not the scene that I was looking at but was the image I wanted to create.

I have a saying -  the camera always lies.

David Allen wrote:What is truth? What is real?
I have a saying -  the camera always lies.

Three simple statements, which say so much. I thought maths told the truth, until I did statistics. And the real thing is just a bottle of Coca Cola! But the camera always lies! Well yes I suppose it does. I here this phrase “Straight out of the camera” and I start to think about duel exposures (although does not seem to be an option with the digital), Pop filters, Masks, and converting to RAW to Jpeg and there is so much which can be done in camera. Add lighting and using flash again one sees an image which seems to bear not relationship to what we see.

Sitting inside a camera obscurer i.e. first camera and most simplistic, the image was upside down, and left swapped with right plus the lens reduced the depth of field. But everything is moving still and our brain will auto select moving items first.

Sit in front of a computer and look for the mouse pointer. It’s rather hard to find. Get hold of the mouse and move it and then you will see it straight away. So without that movement we have to use something else to let the user see what we want them to see.

Our eyes will adjust to light as we scan the scene in front of us and but moving our body our brain can work out distance even without having two eyes so we have to compensate for the losses with any human machine interface.

What I think would be very interesting is to hear a talk from some one who has to use photos to prove something. Be it a crime scene or industrial the challenge is the same how can one show something using a camera in a way which can be shown the results are real?