Do chip in with thoughts and ideas, depending on these I will write a follow up article.

This is a subject that causes much confusion so I thought I might write this as a sort of intro. I know that ideas do differ and what is taught can be different. I will try and draw on what seems to be current practice.

Before then, what is sharpening and what is it not?

It is a process of adding edge contrast to edges where there is a difference in tones. (so if one has an edge with a light grey and a dark grey sharpening will add a band of darkening to the darker grey and a band of lightening to the lighter grey) - The eye is very sensitive to edges .That sensitivity is almost hard wired in to the retina. The brain not the eye constructs images from input from the retina which is interpreted by the visual cortex. The whole system is radically different from the camera.

It is not a way of correcting images which are blurred because of camera shake, being out of focus or motion blur. There is some software that can help with these problems but a general rule is that if a picture is not sharp where you want it to be the solution is to delete and reshoot.

There are primarily three reasons for sharpening.

1. To remove a softening of the image caused by the digital process. The commonest cause of this is the deliberate blurring that many cameras add to avoid moire being problem. (technical aside, this is caused by the anti-alias filter often abbreviated to AA) Also if an image is scanned that scanning process will tend to add blur and loss of definition.

2. To enhance certain areas of the picture so that they stand out from  their surroundings

3. To prepare the file for output particularly for printing.

Now if you take pictures as jpgs the camera will have added sharpening in the production of the final image file. You can often vary the cameras settings for how much sharpening is added. Essentially this takes care of 1. in the list above. You do not have that much control.

Two. Lets leave this for another day.

Three. Again this is not straight forward. If you are downsizing an image for projection or the web you can most times get away with not doing anything extra. I can come back to this another time. However printing is another matter altogether. To get the best results sharpening is critical. What sharpening needs to be applied depends on the print process, the file resolution, and the type of paper that is being printed on.

From this you can see that it is helpful to think of sharpening as a three stage process in your work flow with RAW or two stage with out of camera jpgs.

In the third stage the image might well look damaged and  crunchy on screen particularly if one is preparing the file for printing to a matt paper.

Horrors I hear you thinking this is a nightmare well it is, and it isn’t, some software really holds you by the hand and makes it relatively easy.  With others one needs some time to learn and to get a feel for what will look right in the end.

Lets come back to how to do it next time.

Is there anything available already online? Might save you some time.

Hi Mike not certain which is the quicker doing an extensive web search or writing something! There is lots of good stuff on Lightroom and ACR and there is a lot of very complicated stuff on PS. There are also quite a few PS/Elements/LR plug ins with good educational material.

The problem I have with manipulation such as sharpening is understanding what the effect of the sliders is in layman's terms. For example, the term radius isn't intuitive and I don't understand what level should be applied in given circumstances. I do look at the various magazines which may contain a DVD and an image to play with, but too often it will say set a slider at a given figure without telling me why. So a basic idiots guide on the various sliders do and appropriate levels would be really useful.

I will agree with Harvey I also look at the options and play but no idea really what I am doing. Also in RAW the figures are very different to Photoshop main and there seems to be a load of names which do similar things. Clarity, Sharpening, Noise Reduction and OK I can see moving slider does things but not really sure what it is doing.

OK I will put my thinking cap on over the weekend. Been away much of this week so domestic matters to catch up with for a day or so.

As a starting point it is best to err on the side of too little sharpening than too much. If you are working in ACR or LR you can always change the settings nondestructively even if the file is a jpg or TIFF. However in much other software when one is working on a TIFF or jpg having decoded the RAW file the changes will be baked in as soon as you commit to the sharpening. It is OK to add more later but you cannot undo too much. Too much sharpening is really destructive of picture quality.

My own experience of trying to use sharpening in the earlier versions of PS was just confusion and dissatisfaction. I quickly migrated to Photokit sharpener plug-in which automated the processes. I also used to use Qimage as my print programme which would automate file resizing and sharpening ready for print output.

Now I leave all that to LR which lets you do input and local sharpening as one wants and looks after output sharpening coupled with resizing very smoothly and is fully automated.

There are other plug ins that will look after sharpening very effectively and it might well be worth looking around to see what there is.

I suggest for the moment leaving Clarity out of the discussion. Although it does some operations that are similar to USM it is mostly about enhancing mid tone contrast.

However sharpening and noise reduction are very closely linked but how you deal with this is software dependent. In the recent versions of ACR and LR using them together is pretty straightforward - well it is easier than other approaches! Other software may force you to use noise reduction and sharpening routines separately. I remember that there was a recommendation as to which to do first. Can someone jog my memory?

An aside - the current sharpening routines in ACR and LR owe a lot to the engineering of Photokit Sharpener.

The noise reduction process will soften the image generally so I would do that first then sharpening. Beware that when you sharpen, dependent on the technique used, you can start to bring back noise!

Thanks Mike for the reminder. Those of us using LR are spoiled as we can adjust for noise and sharpening at the same time and judge what the tradeoff will be.

When you are doing sharpening it is best to look at the image at 100% or higher on screen. At that level if you are doing input sharpening one should do enough to make the image pop but not so much that haloes start to appear. To judge the overall effect on the image it is worth looking at it at 50%

In ACR and LR input sharpening is added just to the luminance channel. If you are working in PS or other software it is probably a good idea to set the software up so that you just apply sharpening to luminance. Can someone else help here please as I have forgotten how to do it!

In ACR and LR you can hold down the Alt key as you operate the sliders and see directly what is happening.

What follows is mostly applicable to ACR and LR the software will have automatically applied a default amount of sharpening based on the exif data in the picture file.

Amount is fairly self explanatory it determines how much extra edge contrast is added.

Radius is the more tricky one. It is about how wide an area is sampled by the software when it is assessing edges. So if one has for example an image with lots of fine detail like a landscape one may need to set a radius less than 1 say 0.8 if the image has soft detail like a portrait one might want to set the radius rather bigger perhaps as much as 2.

Detail lets you control the strength of the haloes to see its effect you need to be at 100% or even 200% again hold down the alt key.

Masking lets you control how many edges are sharpened. Hold down the alt key the image will appear white then as you move the slider to the right areas that will not have sharpening applied will show as black. Really useful to stop noise in sky and other smooth areas of the image from being exaggerated by sharpening.

Lightroom has a couple of sharpening presets and they are worth exploring one is for landscape and one for portraits.

Example of a very high detail image and the effect of sharpening.

Image with no sharpening applied viewed at 200% The sliders in LR were moved from the default position to 0. 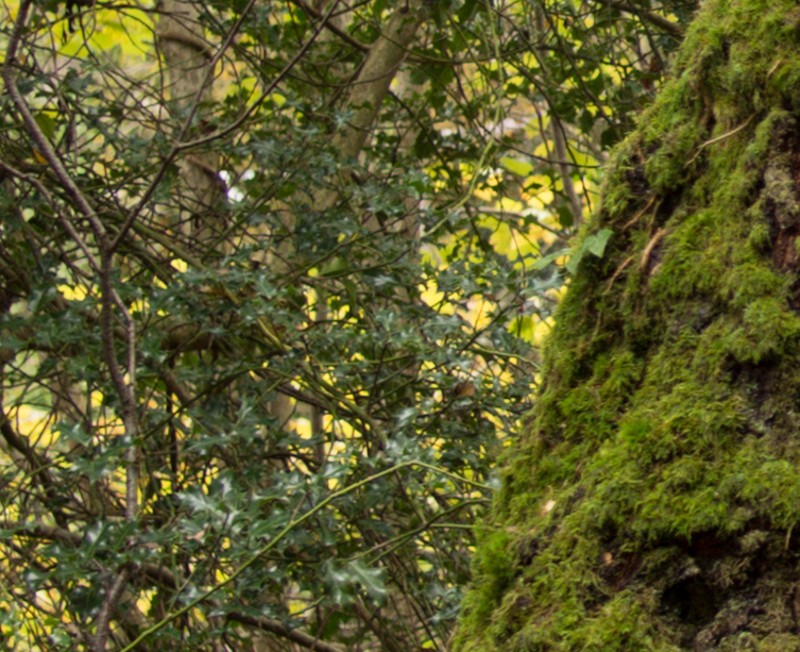 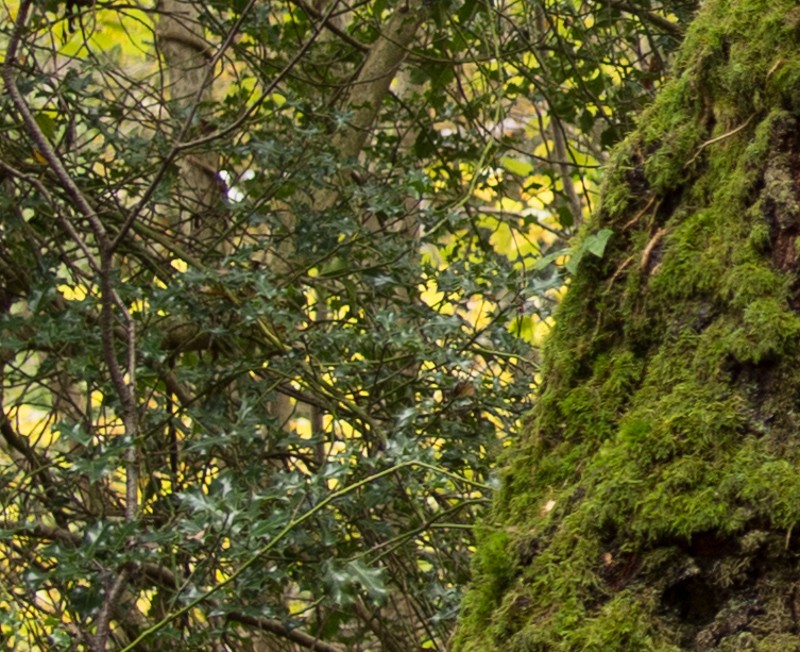 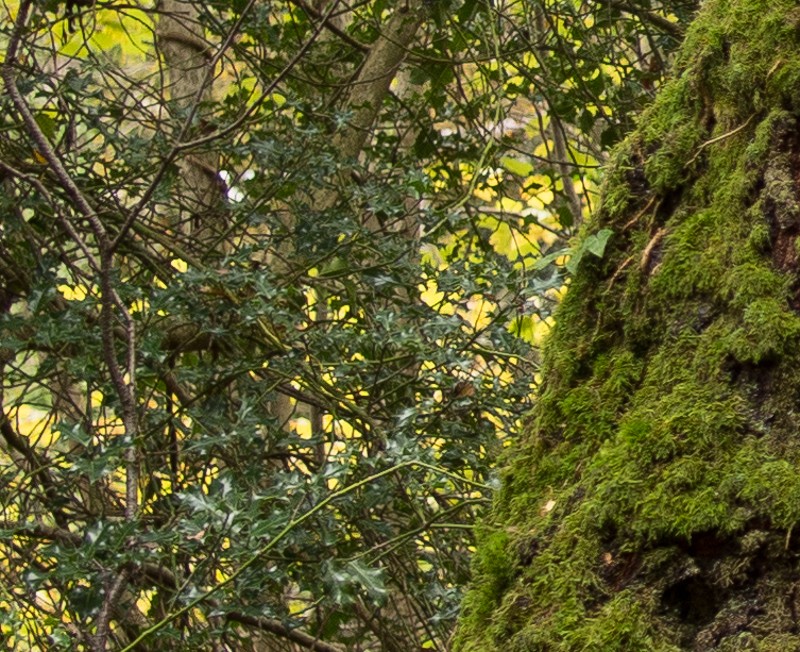 HI David,
just wanted to say an excellent post, which helps explain the controls. Can't help with the luminance I am afraid.

I was listening to the judge on Monday night and she was saying how one should not use un-sharp mask but explained how to do it giving ball park figures to start with. However when I got home I could not remember how she said to do it.

There are several ways to do sharpening in Photoshop inc high pass filter with masking. It can be useful if you are doing local sharpening but why go to the hassle when there great plug ins like photo kit sharpener and others? Or even better you can do local sharpening using the local adjustments brush in ACR or Lightroom.

These days I would not dream of sharpening or doing the associated resizing of images other than in Lightroom.

I guess that there are folk in the club who are familiar with using the high pass filter as a sharpening tool it would be great if someone could chip in and describe the process.