Look at this link below, it show a new flash for your Nikon cameras.
I have the Canon version and it is great, it works well with my new 2.4g flash triggers.

Thanks for the info.

I use their standard wireless remotes which work great. The TTL option should be even better. 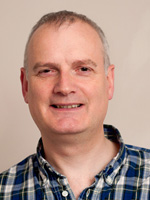 You can use the old style with the new ones, they work well.
I did some searching and found some great posting.
This is the 'Other Yongnuo manual' for the triggers.

It is better than the manual you get from Yongnuo.

It looks to be a great bit of kit but needs a serious investment in Nikon Speedlights. I spent £80 in total on 4 used Nissin 360TW guns and new Ojecco transmitter and 2 receivers. Two of the guns came with slave cells. This is all manual of course with no ITTL, so takes longer to set up but the Ojecco kit works faultlessly and will sync up to 1/2000 on my D40 (electronic shutter). But a lot of flash power per £.
The only Nikon Flash I have is the SB400 which would remote but has no command feature. Two SB600s would probably be in the order of £300 ish secondhand, SB800s maybe £400 secondhand. So I need to stay in the steam age at the moment, but nice to know the technology exists.

This Yonguo flash is only £60.00 and it has a receiver built in.